Cape Breton is historically one of the largest Scottish Gaelic-speaking diasporas, and at present is home to a community of people working to sustain and promote Gaelic language and culture amid a dwindling population of speakers in a changing socioeconomic environment. In 1993, members of the Christmas Island community in Cape Breton began a grassroots movement to promote, encourage, and develop the practice and study of Gaelic language, literature, music, dance, drama, and culture. The movement was organized around a week-long festival called Fèis an Eilein (Festival of the Island), which still takes place every third week in August, and is host to a myriad of language workshops, historical tours of the local Highland Village Museum, and traditional music gatherings.

A highlight of the festival week is the milling frolic, which is a regional gathering where people celebrate their heritage through the singing of Gaelic songs. Besides the singing of traditional Scottish Gaelic song repertoire, the primary feature of the milling frolic is the practice of communally beating wool rhythmically on a long table. Functionally this practice keeps the beat for each song, but as an act it serves as a cultural performance and reenactment of a musical labor tradition that stems from nineteenth-century Scotland during the Highland Clearances. The present milling frolic is a tradition that brings together all ages and serves to foster a sense of Gaelic community on Cape Breton Island.

In the presentation I explored the ways in which Gaelic song and the milling frolic are used as a language “vehicle” that transports Cape Bretoners from their past heritage to present identity, and how songs in Gaelic serve as social articulation of that identity. The impact that Fèis an Eilein and performances like the milling frolic have had can be seen through young community members who have cultivated their own contemporaneous interests in preserving Gaelic language and culture in the Grand Narrows region.

I enjoyed the conference and had a good time in New Orleans as well, and my work will be published in their proceedings this fall. While in NOLA, I even got a chance one evening to go to a local pub and listen to/participate in a local Sea-Shanty community sing. 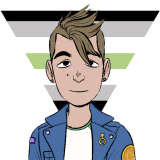